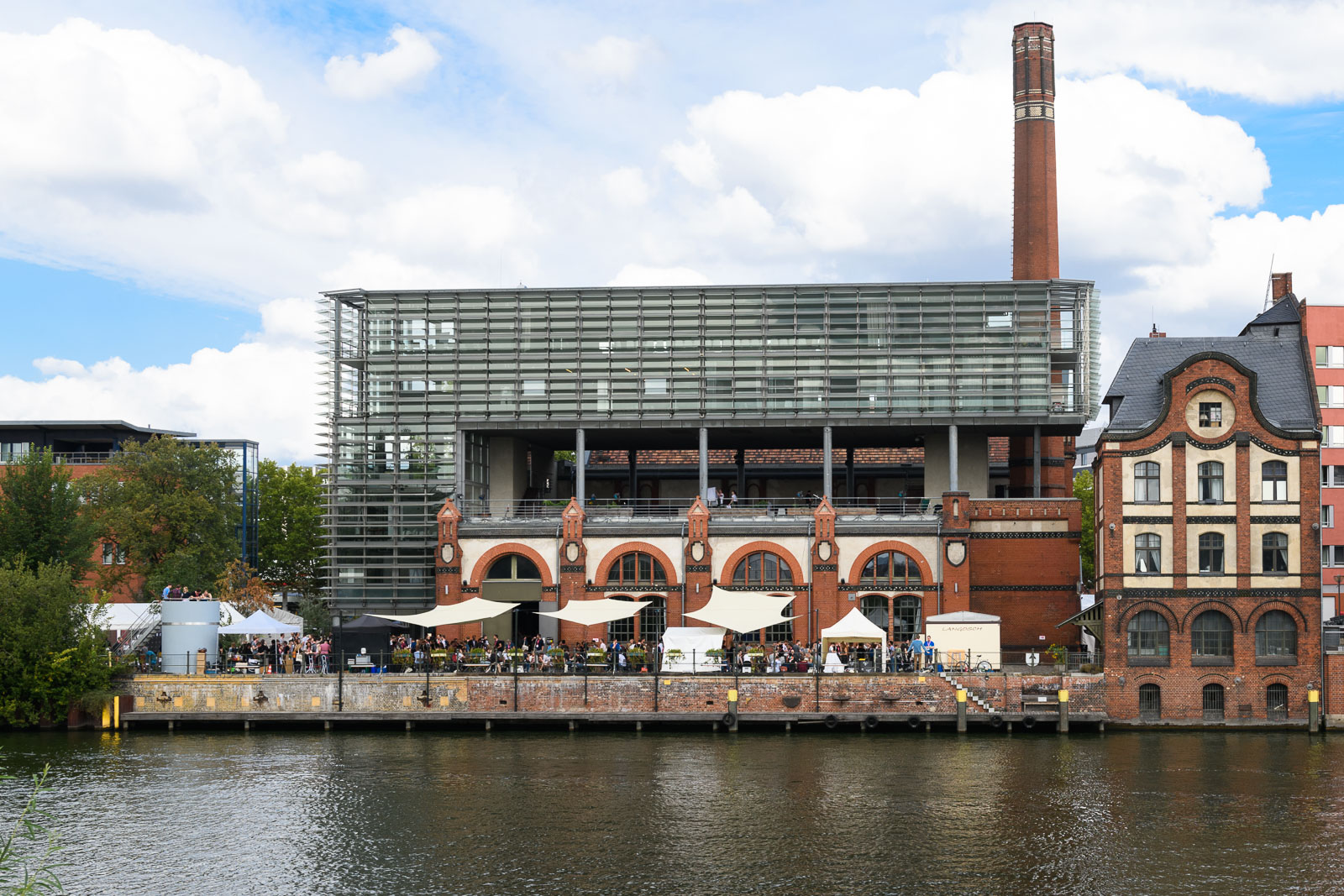 ALL DIGITAL Summit 2020 takes place in Radialsystem in Berlin.

Radialsystem is located on the bank of the Spree River, just across the street from the train station Ostbahnhof. A five minute walk away from the station, it can be easily reached with the S-Bahn, by bus and by local and express trains.

At Radialsystem a converted industrial monument pairs impressive brick architecture with the transparent elegance of two new structures made of glass, steel, and exposed concrete, as designed by architect Gerhard Spangenberg.

Situated directly on the Spree river, the building offers six floors covering approximately 2,500 m² of versatile event space, from the erstwhile machinery hall located in the historic building to the glass cube.

Opened in September 2006 as a privately financed venue, Radialsystem soon became an internationally renowned initiator and hub for the arts. Radialsystem functions as a flexible venue with various spaces for performances and provides an open space for the development of new types of productions and events, for the innovative and the unexpected. Radialsystem is strongly linked to Berlin’s independent performance and music scene as well.

The RADIALSYSTEM V, one of the first pumping stations in Berlin, was built in 1881 as part of an innovative system for urban drainage. Due to the rapid growth of Berlin, it was expanded to twice its previous size in 1905, making it the largest of the twelve radial systems in Berlin. The building from 1905 is a typical example of high-quality industrial architecture around 1900, just like that Charlottenburg power plant (1900) and the Oberbaum bridge (1896).

The older, western part of the machine hall, which made up almost a third of the entire building, was almost completely destroyed in the Second World War. After the end of the war, the eastern, younger part was secured and used as a sewage pumping station until 1999. This part is now a listed building.