Panel discussion: Coding for inclusion and effective use of mobile devices 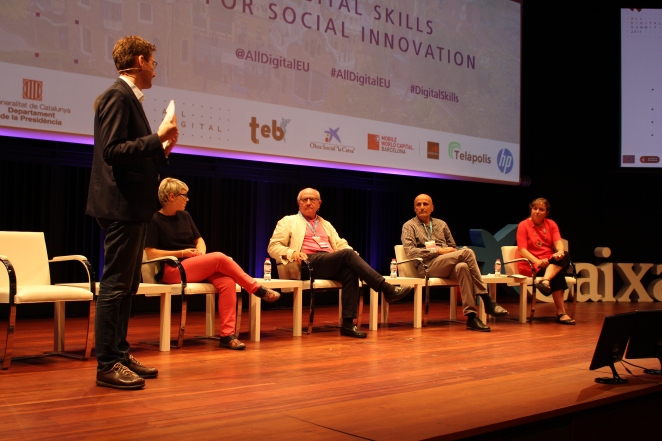 The panel discussion on Coding for inclusion and effective use of mobile devices was organised by CodeMob project on the second day of the Summit, 5 October. During the session   the four experts shared their experiences on the topic and discussed the approaches on how to improve the user engagement and practice. 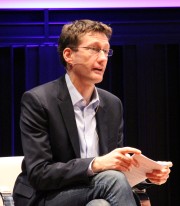 Bastian Pelka (Technical University of Dortmund) moderated the discussion and shortly introduced the CodeMob project, which was aimed at supporting e-facilitators to train people on coding and the effective use of mobile devices in telecentres.

Esther Subias (Project Manager at El Teb) explained that they 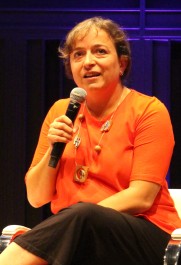 had been working in a poor neighbourhood of Barcelona for 25 years. It was 1998-99 when they started to use computers. Young people had to discover themselves how to use computers, which helped them to develop new skills and confidence. However, not everyone had good computers and good internet at home, so they switched to mobile devices, which today everyone has and uses on a daily basis. Mobiles are cheap and powerful tools to create, to learn, and to empower people. The aim is not to explain people how a mobile device works, but how we can use them to change the world of community. Esther mentioned concrete examples where young people found effective ways to use mobile devices for solving real problems or engage in public dialogue. 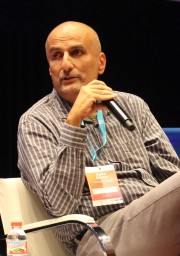 Zarko Cizmar (Executive Director of Telecentar) emphasized that the first steps in learning coding is an offline process. Coding is no the goal, but it is a tool: the final stage of a problem-solving process. We have to learn how to identify and solve a problem first and then find the tool to solve it. Their main goal is to integrate project based problem-solving in formal education, especially in elementary schools. Zarko believes that the role of labs is to help improve formal education by showing functional models, concrete stories, and empowering people. Learning coding is the same than learning anything else: understanding the problem and finding solutions. Zarko’s message is that doing difficult things is fun, and telecentres have a key role in motivating people. 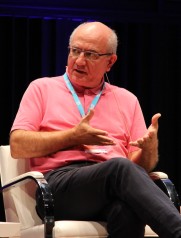 Arthur Serra (Deputy Director of i2cat research center; Vice-President of European Network of Living Labs) introduced the concept of social coding: the way to code the society. It is not enough to learn how to code a machine, but to understand how the society functions. Living labs have an important role to apply technological mindset to the whole society. Arthur referred to course developed for special kids in poor neighbourhood by taking their passion of gaming to coding, to make them the director of games, masters of computers. The learning outcomes were very professional, even without links to formal education. Arthur believes that technology itself will not solve problems without changing the systems. His vision is that telecentres should become community labs and educators become innovators to be part of the national innovation system, which is currently an elitist world, but it should be very inclusive and open to everyone. To improve the culture of innovation is the main message of community labs. 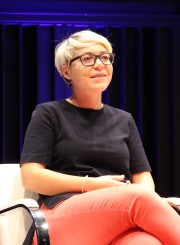 Roxana Rugina (Learning & Development Technology Expert, CEO and founder of Simplon Romania) was talking about her experiences of teaching kids on technology through games, in a way that is fun and engaging. It is necessary to create a new kind of learning environment and learning experiences through tailored practical missions, visual coding. Many times (especially in remote villages) it leads to finding real solutions to real problems. Roxana’s message is to start coding now, start it today! Programming is the most inclusive industry ever existed, no label can be put on anyone. Coding is a door to a world of possibilities, everything is possible to create, and everyone should start experiencing now!

Watch the full discussion in this video

The CodeMob project aims to introduce two new training modules in digital competence centres: 1) coding and 2) the effective use of mobile devices. Project partners – Interface3 from Belgium, Telecentar from Croatia, ComNet from Hungary, and El Teb from Spain – have developed the training curricula and piloted them with e-facilitators (in form of training of trainers) and end-users who were mainly young, unemployed people. Our academic partner, the Technical University of Dortmund has been taking care of the quality of results.

You can check the resources developed during the project.