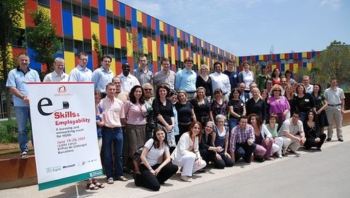 10 years ago a group of telecentres networks managers met at Fundación Esplai headquarters in Prat de Llobregat to discuss about the role of telecentres to improve e-skills of European citizens.  At that time, nobody doubted the power of telecentres at the local, national and regional level. The main issue of the meeting was to consider the possibility to strengthen our efforts to create a pan-European structure with 2 challenges, 1) to share knowledge among managers, e-facilitators and other stakeholders at telecentre arena and 2) to become a key player at the European level. On 19 June 2007, something neither quite clear nor very well structured, but full of energy and passion, begun to walk.

Fundación Esplai is a proud founding member of the former Telecentre Europe, now ALL DIGITAL.  We have been involved in ALL DIGITAL movement from the very beginning with a simple challenge to reduce the digital divide among excluded people, developing innovative projects from the grassroots.

To achieve our goal, Fundación Esplai has developed several initiatives during the last 10 years, adapting projects and proposal to citizens real needs, we would like to share with you some of these initiatives

1. Promoting access to ICT thought our own network RED CONECTA 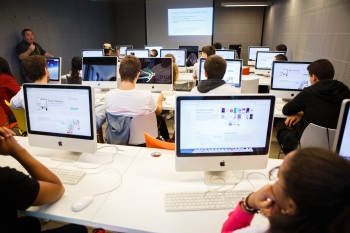 Red Conecta is our initiative to promote digital literacy and employability. It is a network of 67 centres around Spain operated by local NGOs. Red Conecta promotes digital skills and digital literacy among vulnerable groups, mainly focusing on NEET’s, women over 45 year old, long-term unemployed, seniors and migrants. More than 300 e-facilitators have been involved in Red Conecta activities during the last year, assisting 23,000 final users. 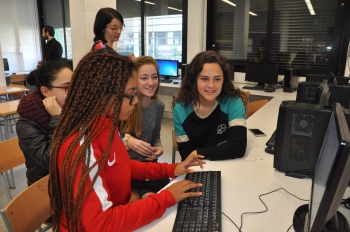 Conecta Joven is a Service Learning methodology project shared by a network of NGOs, which promotes the participation of young people aged 15 to 19 in their community through training, aimed at improving the digital skills of citizens (youth, adults, and elderly) and groups with difficulties of integration. Conecta Joven promotes networking between education communities, local NGO’s, young and elderly to fight against social exclusion through bridging the digital gap.

3. Developing coding attitudes at an early age with Conecta Code

This initiative promotes access to programming and the creation of code at an early age in telecentres, thus supporting creative uses of technology, empowering children and young people to develop strategies and skills for problem solving by creating their own software. The project is using current tools to programme development without typing code, such as Scratch, App Inventor or Windows App Studio. 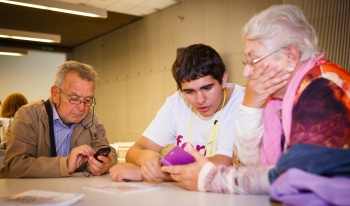 It is a training experience for elderly people, focused on the possibilities offered by smartphones, tablets and the Internet.  The methodology is based on “bring your own device”. Each participant learns with the tools they use in their daily life with the support of e-facilitators.

We look forward to welcoming you in Barcelona in October to celebrate 10 years of history!