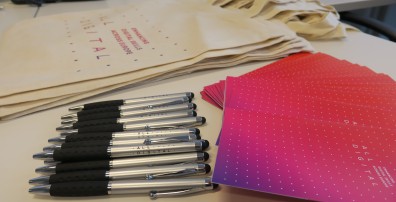 The feedback was mostly very positive with the overall Summit rate of 5,1 out of 6.

The delegates in general enjoyed the plenary; all sessions received scores mostly above 4 out of 6.

The most highly rated keynotes were those by Doug Belshaw and Sarah Harmon. The panel discussion on Coding for inclusion and effective use of mobile devices scored well, too – 4.6 out of 6.

The delegates noted that they would like to have more projects presented on both days and have them earlier in the programme to be able to discuss details with presenters during the breaks. 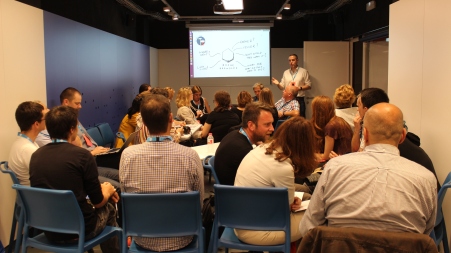 There was a big dispersion in the evaluation of Interactive discussions with experts. ‘Open innovations in digital competence centres’ from the lowest to the highest at the same time, which, we believe, reflects different expectations of the audience. Also, the first round was better rated than the second one in general.

The three most popular sessions by combined scores from both rounds (out of 6 max) were:

How-to workshops got the average of 4.8 out of 6 with the highest rates for:

When asked what one thing (idea, technique, experience) would stay with you after Barcelona, delegates mentioned a lot of open badges, projects, networking, but the majority was about people – amazing people they have met at the Summit! And we are very pleased about that.